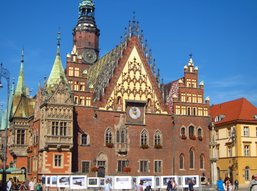 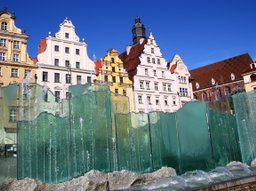 Polish cuisine is of a Slavic and German origin with an influence of Italian, French, Jewish, Hungarian and Turkish kitchen. It uses a great variety of ingredients, its dishes are abundant in meat (pork, beef, lamb, game) or fish (cod, carp, salmon, trout, pike) and spices (black pepper, paprika, cumin, marjoram, garlic, fennel, bay leaf), accompanied by various types of pasta or wheat and salads.

Among the most popular traditional Polish dishes are:

Bigos: the most popular Polish dish. Traditionally it was a dish made for hunters and served with wine after the hunt. It is made of sauerkraut, different types of fresh and smoked meat, sausages, bacon, wild mushrooms and red wine. It is served with bread or potatoes.

Pierogi is another typical Polish dish. It is a type of ravioli of a semicircular shape. There are lots of different fillings used to prepare them: sauerkraut with wild mushrooms (z kapusta i grzybami), curd cheese- sweet (z serem), potato purée, fried onions and curd cheese (ruskie- the most popular ones), meat (z miesem) or fruit (z owocami). They are either served with sour cream and sugar (pierogi with fruit filling, especially with blackberries), fried onions (with sauerkraut and wild mushrooms) or with melted butter and sugar (the sweet ones with curd cheese).

Klopsiki: meat balls made of pork served with boiled potatoes and sauce.

Kluski Slaskie (“Silesian pasta”): small balls made of mashed potatoes and starch flour. They are served with meat and sauce or with fried onions and fried cabbage.

Kopytka: pasta in a shape of a hoof made of mashed potatoes and flour; normally accompanied by meat with sauce or with fried onions

Pyzy ziemniaczane: balls made of grated raw potatoes and flour, sometimes filled with meat; they can be served on their own with fried onions

Placki ziemniaczane: similar to rösti; made of grated raw potatoes with a touch of flour, and an egg; can be served with sugar or sour cream

Knedle: made of mashed boiled potatoes and flour, filled in with plums, cherries or strawberries

Flaki: soup made of tripe

Krupnik: vegetable soup with barley and pieces of meat

Zurek: soup on a basis of the rye flour extract with smoked sausage, herbs and hard boiled egg

Chleb ze smalcem: bread with specially prepared spread made of pork fat fried with onions and some spices (black pepper, bay leaf and marjoram), served with typical Polish pickled cucumbers and accompanied by a glass of beer

Oscypek: smoked cheese made of sheep milk, originally from the area of the Tatra Mountains